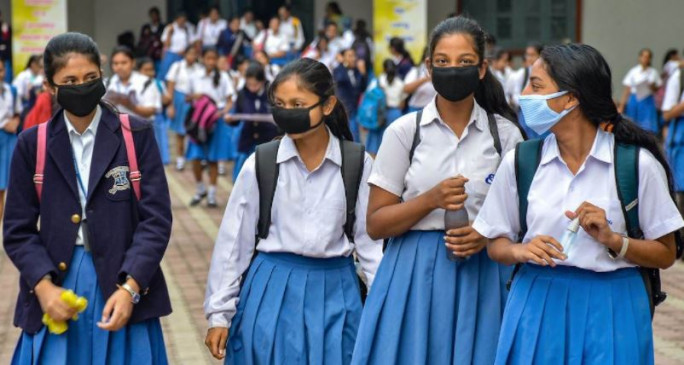 Digital Desk, Bhopal. After Gujarat, Haryana, the Madhya Pradesh government has also canceled the 12th board examinations. Chief Minister Shivraj Singh Chouhan held a meeting with Education Minister Inder Singh Parmar and officials of the Education Department. In which after consensus, CM Shivraj Singh decided to cancel the examinations. After which Education Minister Parmar has announced to cancel the examinations amid the Corona crisis. After Madhya Pradesh, all eyes are now on the UP and Maharashtra boards.

Let us inform that the parents of the children had appealed to the Chief Minister Shivraj Singh Chouhan and Education Minister Inder Singh Parmar to cancel the Madhya Pradesh 12th board examination keeping in mind the health and safety of the children in view of Corona. Now after this decision of the government, the children and their parents have got relief. The Haryana government has already canceled the board exams. The Maharashtra government will also soon announce the cancellation of board exams. Rajasthan can also announce about the state board examinations on Wednesday.

It is worth noting that the CBSE 12th examination has been cancelled. Prime Minister Narendra Modi held a meeting regarding this on Tuesday in which this decision has been taken. It was attended by the Chairman of CBSE, Secretary, Ministry of Education, besides Union Ministers Rajnath Singh and Prakash Javadekar. During the meeting, the Prime Minister said that right now the safety of the students is our priority. It is not right to give them exam stress in such an environment. We cannot put their lives in danger. It has been decided in the meeting that the results of class 12th will be prepared in a time bound manner according to a well defined objective criteria.